For the treatment of Pulmonary Arterial Hypertension (PAH)—

Help your eligible patients pay as little as $0 per month*† 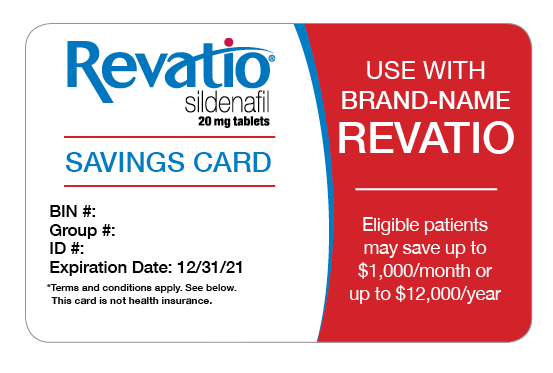 †The REVATIO Savings Card is not applicable for the injection formulation.

Avoid a pharmacy switch and help ensure the brand you choose is dispensed as written by writing or selecting, per your state's requirements: